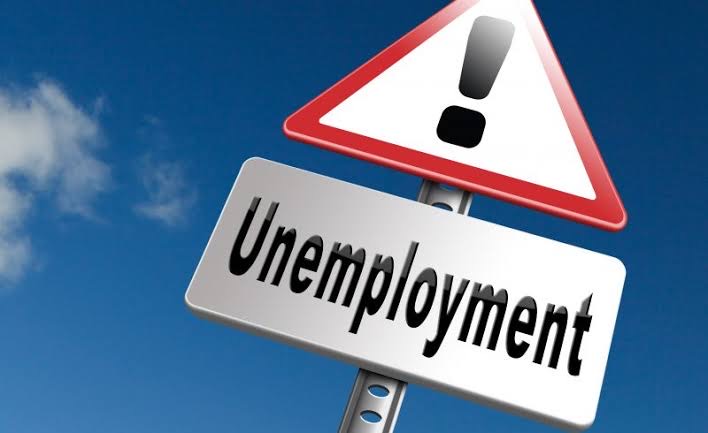 National Bureau of Statistics has announced that unemployment rate in Nigeria has increased from 27.1% to 33.3% in the fourth quarter of 2020 – making it the highest in at least 13 years and the second-highest rate in the world.

The figure, which indicates that about 23.2 million Nigerians remain unemployed, jumped recorded in the second quarter. It comes amid Nigeria’s lingering economic crisis made worse by the coronavirus pandemic.

Unemployment rate in the country has more than quadrupled since 2016 when the economy slipped into a recession. A second recession occurred in 2020.

According to Labour Statistic Report released by NBS on Monday, the figure is 6.1% higher when compared to 27.1% recorded in the second quarter last year.

A breakdown of the report shows that the total number of people with employment stood at 46.48 million while the underemployment rate was down by 20.6 percent at 15.91 million.

NBS added that in the case of unemployment by state, Imo State reported the highest rate of unemployment with 56.64%, followed by Adamawa and Cross River States with 54.89% and 53.65% respectively.

Unlike in the economically active population, the age group that accounts for the highest number under the labour force is the 25-34 age group.

The figure, according to the report, is expected as most persons within the age group of 15-24 are involved in one form of schooling or the other, hence are not willing and/or available for work.

‘I Only Connected Him To Person Selling Native Clothes, Caps’ – DCP Abba Kyari…

CBN Directs Banks To Set Up Teller Points At Branches For…

#EndSARS: ‘If Youths Want Jobs, They Should Behave…