Lagos Orders Indefinite Closure Of All Schools Over #EndSARS Protest 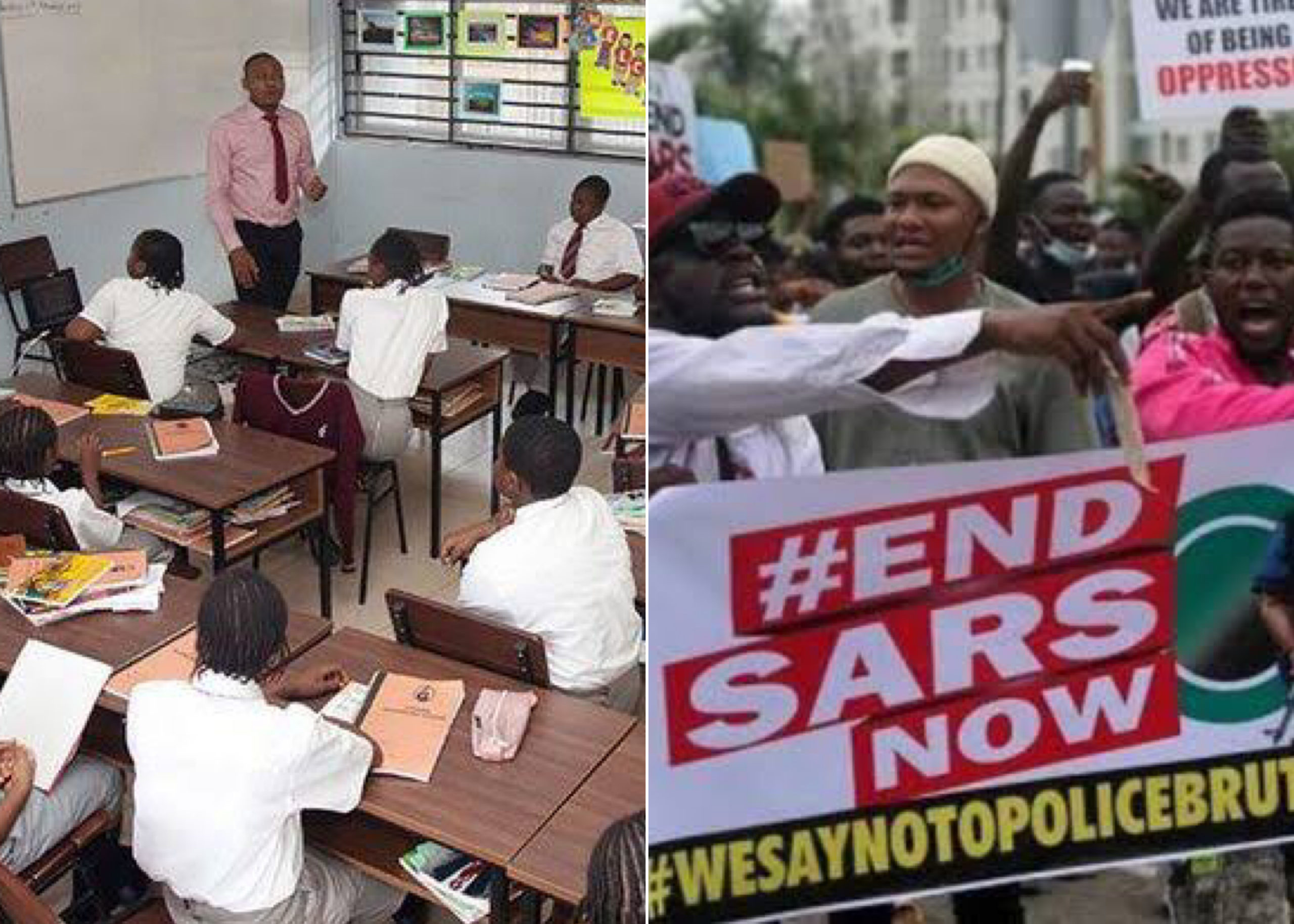 Lagos State Government has ordered the closure of all public and private schools until further notice over the tension generated by protests against police brutality across the country.

Thousands of Nigerians have been protesting nationwide for almost two weeks against notorious Special Anti-Robbery Squad (SARS) of the Nigeria Police Force (NPF) for numerous acts of brutality against citizens.

Though the NPF dissolved the unit one week into the protests, protesters remain unsatisfied and have demanded more be done to end police brutality in general.

Numerous strategic locations in various states including Lagos have been shut down by protesters for over a week, causing disruption for motorists.

Commissioner for Education, Folasade Adefisayo, has now issued the directive, saying the safety of the pupils and students, parents and all staff working in schools is paramount at this critical period.

She, however, advised parents to keep an eye on their wards and not allow them to be used as willing tools in the hands of those who might want to hijack the protests to unleash mayhem on the society.

The commissioner also encouraged schools to utilize other means of distance teaching and learning i.e radio, television and online media as they have been doing during and post the recent COVID-19 lockdown.

Adefisayo stated that a new date of resumption for all classes will be announced as soon as possible.

Schools had only just resumed in September after they were shut down nationwide in March to combat the spread of COVID-19.

State governor, Babajide Sanwo-Olu, earlier on Monday appealed to #EndSARS protesters to suspend demonstrations and engage in dialogue with the government.

He said the government has shown commitment to responding to their demands and dialogue should be sustained in place of the demonstrations.

At least 15 protesters have been killed, and many assaulted by police officers since the protests started two weeks ago.

Hoodlums have also attacked the protesters in Lagos and Abuja, and Edo, killing some protesters and injuring others.